It may be fashion week in Paris, with showgoers in face coverings parsing runway looks from the latest designer ready-to-wear collections, but several thousand miles away from the French capital, out of the dank, dark belly of an industrial hangar, a potentially more momentous industry trend is … growing.

Mushroom leather might not sound stylish. But Bolt Threads, a start-up that specializes in developing next-generation fibers inspired by nature, is one of a growing number of companies convinced that the material is a viable replacement — in both form and function — for animal-sourced and synthetic skins.

In 2018, Bolt Threads began producing limited-edition products made from Mylo, a material made from mycelium, the branching network of threadlike cells that underpins all fungi. Now they are preparing to bring that technology to the world, thanks to an unconventional consortium of backers (and rivals) from across the fashion spectrum.

This week, executives from Adidas, Lululemon, Kering and Stella McCartney said they would partner with Bolt Threads on Mylo, collectively investing in its ongoing development and production operations in exchange for access to hundreds of millions of square feet of the material. Mylo-made products, from Adidas sneakers to Stella McCartney accessories, will go on sale in 2021.

For Dan Widmaier, the chief executive and founder of Bolt Threads, brokering the Mylo agreement with these industry stalwarts is a major step toward bio-materials becoming a genuine option for mass consumer use. In an industry where infighting is common, and historically clients can demand exclusivity agreements as a matter of course, it represents a break from the norm that he hopes could prove instrumental to the overall growth of the market.

No single company could bring a material like Mylo to scale, he pointed out, as it will need a new supply chain built from the ground up and experts from various fields (biology, product development, sustainability — and now fashion design) to collaborate across traditional boundaries.

“We had to convince these industry competitors that this was about tackling a bigger challenge together than any of them could solve alone,” Mr. Widmaier said, declining to specify the exact amounts invested by the four brands other than that each had committed “seven-figure sums” to the partnership.

“This kind of innovation is really expensive,” he added. “The truth is, this industry remains an environmental ticking time bomb and is full of outdated technologies.” Mushrooms could be one answer.

Inventors have filed patents for fungal mats as a material for paper, wound dressings and a range of other products since the 1950s, and Amadou, a Romanian leather-like material sourced from the fruiting of tree fungi, has been around for thousands of years. But it is only in the last decade that Bolt Threads, alongside other bio-materials companies like Mycelium Made and MycoWorks, has really begun targeting the fashion industry, one of the most polluting sectors in the world.

Bolt Threads wouldn’t disclose the name or location of the facility where it produces Mylo, other than to say it was grown in warehouses in Europe that used to produce specialty mushrooms for the gourmet food market.

The first step is to grow mycelium, the mushroom roots whose fine strands spread out in all directions to form a cohesive web. In less than two weeks on a bed of sawdust and other organic material, and with controlled temperature and humidity levels, the resulting thick sheets of the woven mycelium are then processed, tanned, dyed and embossed into the finished leather-like material, according to a brand’s specifications. Mycelium production uses half the volume of water needed for cotton production and uses no animal products.

While some animal-leather proponents say the traditional industry acts as a waste stream for skins and hides otherwise destined for landfills from beef production, the curing and tanning process is often noxious, and there is a growing association in the minds of consumers between cattle rearing and the climate crisis. For brands that face ever more scrutiny around the environmental footprint of the fashion industry, the appeal of Mylo is obvious.

“When you touch a synthetic leather, you get a cold plastic feeling. When you touch Mylo, it has a suppleness and warmth that genuinely feels natural,” said Jamie Bainbridge, Bolt Threads’s vice president of product development, who went through roughly 4,000 iterations of Mylo with her team before settling on the current formula. The four partner companies had been working extensively with Bolt Threads on assorted samples and prototypes to make sure it met their specifications, Ms. Bainbridge added.

“Mylo can be grown in eight to 10 days, compared to raising cattle which can take at least 18 months — and as much as five years,” she said. “And on its own, in the right conditions, mycelium has the potential to biodegrade.”

Bolt Threads’ other main (and initial) product, an artificial spider silk thread called Microsilk, has previously been used in capsule collections and collaborations with designers like Ms. McCartney. But that yarn isn’t at a place yet where it can compete with fabrics like polyester on price and performance. By contrast, mushroom leather can compete on both price and industry demand. It is also far closer to market readiness, a proposition that was given a boost earlier this month in research published by the University of Vienna.

“It’s much more carbon-neutral than real leather but looks and feels extremely similar, with comparable properties and durability,” said Alexander Bismarck, a materials scientist and an author of the study. “Furthermore, there are enormous mushroom cultivation farms that already exist, with many different species that have different properties. The technology is essentially there now, if money to scale up is there too.”

‘It Could Change Everything’

In an email, Francois Henri-Pinault, Kering’s chief executive, wrote that luxury companies (which have far larger profit margins than affordably priced retailers) had a responsibility to lead the way in the fashion and textile industry, both creatively but also by investing in the innovation that would drastically reduce emissions in its supply chain.

“Mylo is one of the very promising solutions that we have identified,” he said. Kering, however, declined to say when it would start selling Mylo products, or via which brand in its portfolio of names, which includes Gucci and Saint Laurent. Until 2018, it also included Stella McCartney, a designer who built her brand on her longtime commitment to sustainability.

But in 2019, a year after exiting her partnership with Kering, Ms. McCartney joined Kering’s archrival, LVMH Moët Hennessy Louis Vuitton. As a result, the two conglomerates were assumed to be in an arms race for the “greenest group” accolade — though this partnership suggests that might not be quite accurate. Ahead of her Paris Fashion Week runway show next week, Ms. McCartney said that she believed “this Mylo technology will change everything.”

Possibly. But not many shoppers can afford designer wares from Gucci and Ms. McCartney. And even after Mylo production ramps up, mushroom leather will remain a tiny fraction of the industry’s total output. Which is why the participation of sportswear giants like Adidas and Lululemon makes the deal more interesting. Details of what they will do with Mylo, however, remain largely under wraps.

Sun Choe, Lululemon’s chief product officer, said Mylo would be found across its accessories and equipment lines in a “variety of applications” from 2021, adding that the company had never before formed an alliance with rival brands of this nature.

James Carnes, vice president of global strategy at Adidas, said they planned to develop a classic Adidas lifestyle sneaker made of Mylo next year, at a slightly higher price point than previous versions and in smaller quantities, in order to maximize demand and explain the product to consumers. Then, the plan would be to pump up production levels, once consumers had time to compare the aesthetic and performance of the new Mylo shoe with what had come before.

“We need to change the competitive aspect of this part of the industry,” he said, noting that he believed working with competitor brands would only become more commonplace in the future. “We can be competitive in areas such as design and creativity, and not in areas like cutting our impact on the planet when there is still no single silver bullet to the climate crisis,” he said. 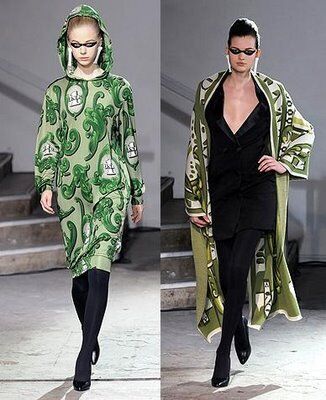 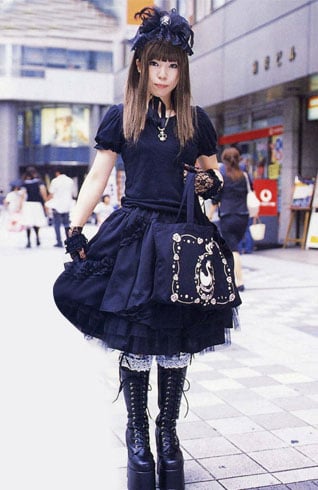